SUP Multiplayer Racing MOD APK in an arcade multiplayer racing game. Race to the finish line with top notch graphics and mouth watering gameplay that will captivate you. Players managing asorted diversed modernized car each with diverse weapons mounted on them, it’s not only about competeting in speed and skill of driving, but also in accuracy, as well as the ability to intelligently arrange an accident for his rivals. Enjoy the game with the editors choice which allows players to create their own editor or play with already made tracks.

The gameplay is quite simple with just one tap to change lane and one tap to activate nitro and changing of lanes is an alternate method to gain more speed through speed points and take on the real live opponents. There is a rate map option wwhich will be shown to players at the end of each level which alow players to rate maps. As i said, the game comes with editors choice where players have an option to edit leves and create their own MAPS and let world play in their tracks.SUP COINS and real money can be earned be defeating players around the world. SUP COINS earned can be used to purchase new cars, tune, or upgrade the existing one. To earn SUP COINS are not that easy but with SUP MULTIPLAYER RACING MOD APK version of the game you have unlimited money and SUP Coins. Graphics are well crafted to give you that excitment while competing with 3 players online. No lag noticed in game even with poor network game runs smoothly and matching with other players take not less than 10 seconds and game start immediatly.

LOOKING FOR EXCITING MUTIPLAYER RACING GAME? THEN SUP Multiplayer Racing MOD APK IS FOR YOU!

YOU CAN TELL US WHAT YOU FEEL ABOUT THIS GAME USING THE COMMENT BOX!!

What’s New:
New progression system, move from city to city as you climb through the rankings!
Improved performance
Bug fixes 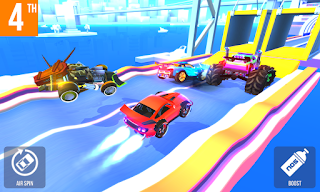 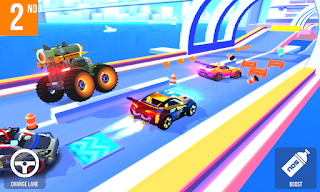 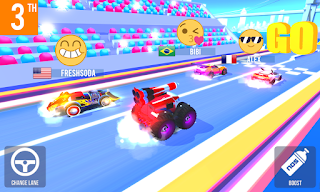